During Wednesday's trading, Bitcoin rallied slightly, but gave up most of its gains before closing with an inverted hammer. The short-term trend is clear up, but it is unclear whether Bitcoin has already reached a bottom or not. 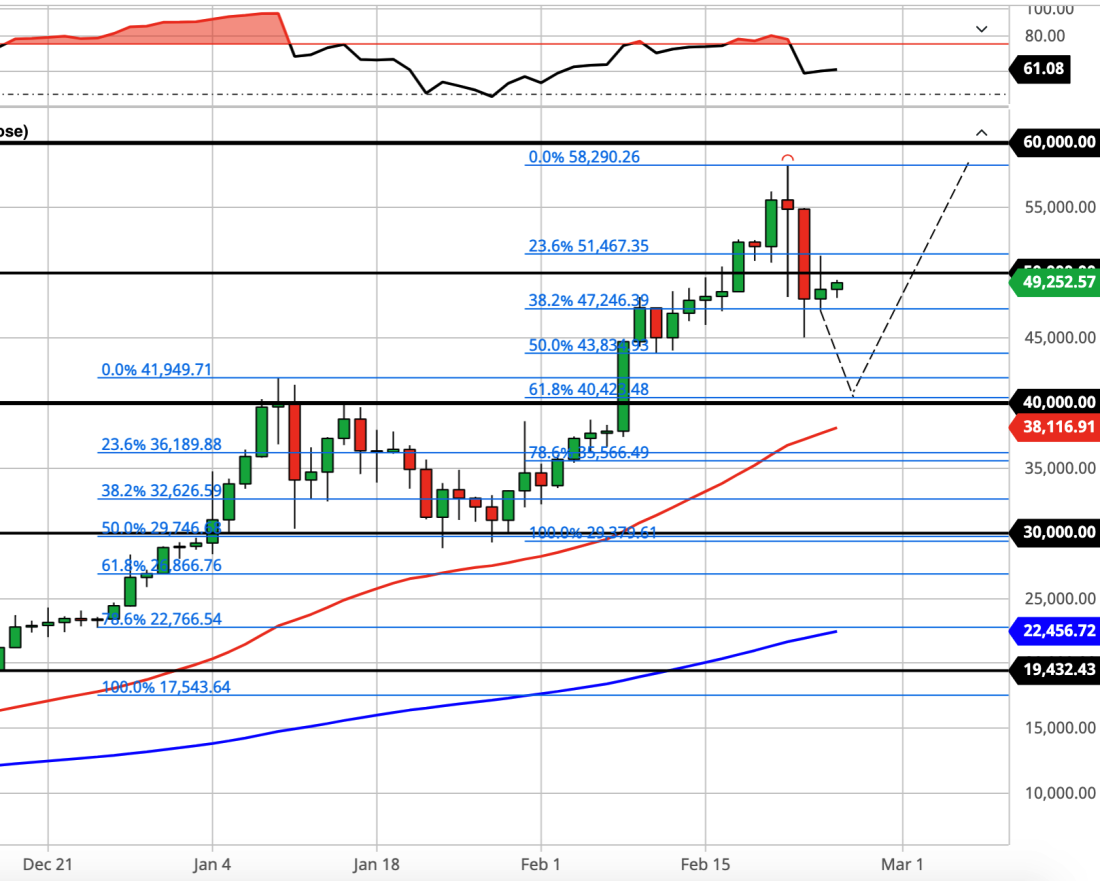 Bitcoin consolidated a bit on Wednesday, rallying a bit before sellers faded the rally to close barely higher. A green candle is reassuring to see as the buyers made a buy along with news of Twitter adding another $170 million of Bitcoin to its vault. In spite of that, With demand increasing, and supply decreasing, over time, Bitcoin has momentum in its sails. The stock is merely a short-term blip that should be bought unless it proves otherwise. I've been dollar cost averaging and will keep doing so, since nobody knows exactly where the bottom will be.

BTFD during bull market is, however, certain. It's time for a dip.

Bitcoin is completing a Wave 2 correction which could have some more downside before it terminates, putting in a local bottom and higher low. The bottom of wave 2 is typically at least 61.8% retracement of wave 1, which means our bottom might be at $40K, a very close support range to what was previously resistance and the top of the correction in January 2021.

When comparing the Bitcoin pullback from $42K to $29K in January of 2021 (see above), a 30% correction, they seem almost identical -- since the January correction experienced a 50% decline, Bitcoin would bottom out at $44K. Also note that the January correction also ended in less than 3 weeks, so we may see a continuation of this correction through mid-March before we start consolidating toward a higher W3 level.

Buy the dips. The I am HODL. Stake for passive interest.

There is a traditional market for everything.

Ten year yields touched higher highs as they broke the annual highs of 1.382%. That is rather unexpected and quite concerning, because this puts a lot of downward pressure on gold and helps the US dollar.

If Bitcoin falls below that, look for support at: