Splinterlands is often being accused of being strictly Pay2Play. One day I might do a dedicated article on that topic, but for now let me say that I can understand where that accusation is coming from, but ultimately I perceive it as being more Pay2Compete than Pay2Win.

While better cards will obviously offer great advantages against players that lack these cards, in an environment where both combatants have access to the same cards, no money in the world can buy you a victory. In such a scenario, it's all about skill and, obviously, some luck as well. The thing is, to really have access to all monsters and all summoners at the maximum level, one would have to invest thousands of dollars. So yes, the Pay2Win accusation is understandable, especially if you are a new player just starting out. Once you left Novice league you'll face enemies with much stronger decks in Bronze league pretty soon.

Luckily, there's an option to play on completely even footing even for the newest of players - the Novice Level tournaments or "UNTAMED Kobold Mining Expedition" as they are called ingame. Let's have a look at their rules:

As you can see, the rule set is pretty straight forward. Novice league means only level 1 cards are allowed, you cannot use Legendaries and only the Untamed Edition is allowed. This is really great for any new player, because your Summoners Spellbook already gave you access to all Untamed Edition Common and Rare cards. Consequently, the only cards that a new player does not own are the Untamed Epics. 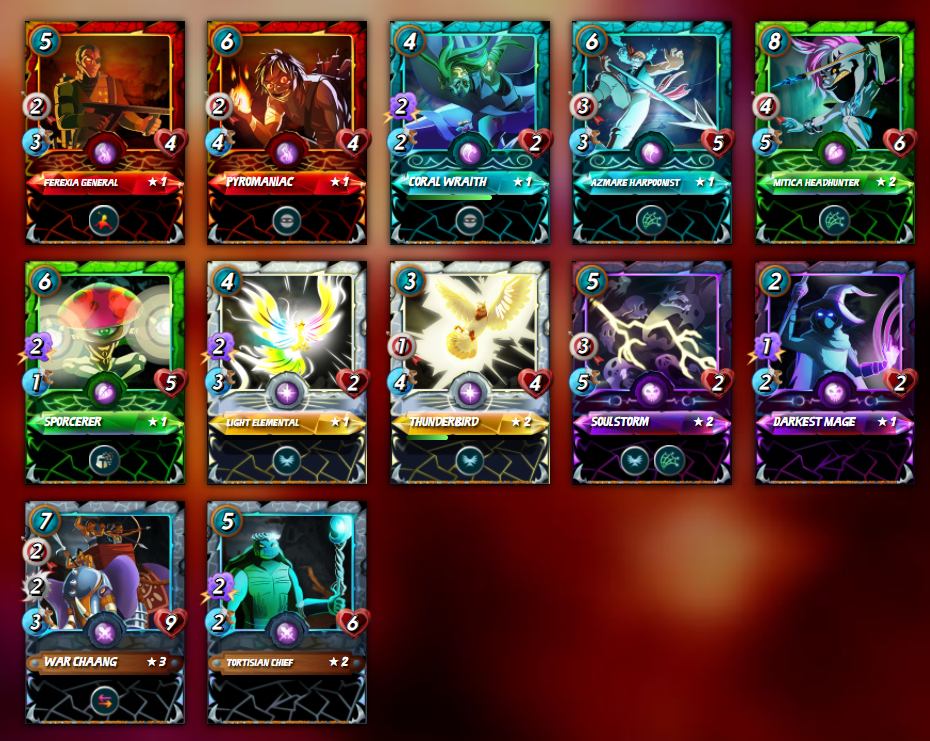 As you can see, there are 2 Epics per Splinter and two additional neutral Epics in the set, amounting to a total of 12 Epic cards you would have to get. Some of these cards are more useful than others but ultimately, if you want to really compete for the top ranks, I'd advise to get a copy of each, just so you have all options available to you for any given match.

If you are playing on a budget, these are the exact cards I'd get first. Don't buy boosters, don't buy any fancy cards from other sets (yet). If you have these cards, the Novice tournament no longer is Pay2Win but strictly a test of skill (and luck). To get them all from the market, you'd have to pay 8.12$ right now and I think that's a reasonable investment to make in order to get things going.

Obviously, these cards are also going to help you a lot with ranked play as well, but let's strictly focus on the Novice League tournaments for now. In the most recent tournament, there are 64 winning ranks and 242 players, so about 25% of the contestants do win some DEC. If you own the above cards and have some basic understanding of what's working and what isn't, chances are pretty good you'll be able to at least end up in the top 64.

Once you got a hang of it and have some more experience, these battles become really interesting. While I enjoy playing with my champion level cards a lot, those Novice Level tournaments have a special place in my heart. With the limited amount of cards available and all contestants on equal playing field, these tournaments are pretty intense. Each fight I analyze the rule set and the available splinter to determine what the best team would look like. 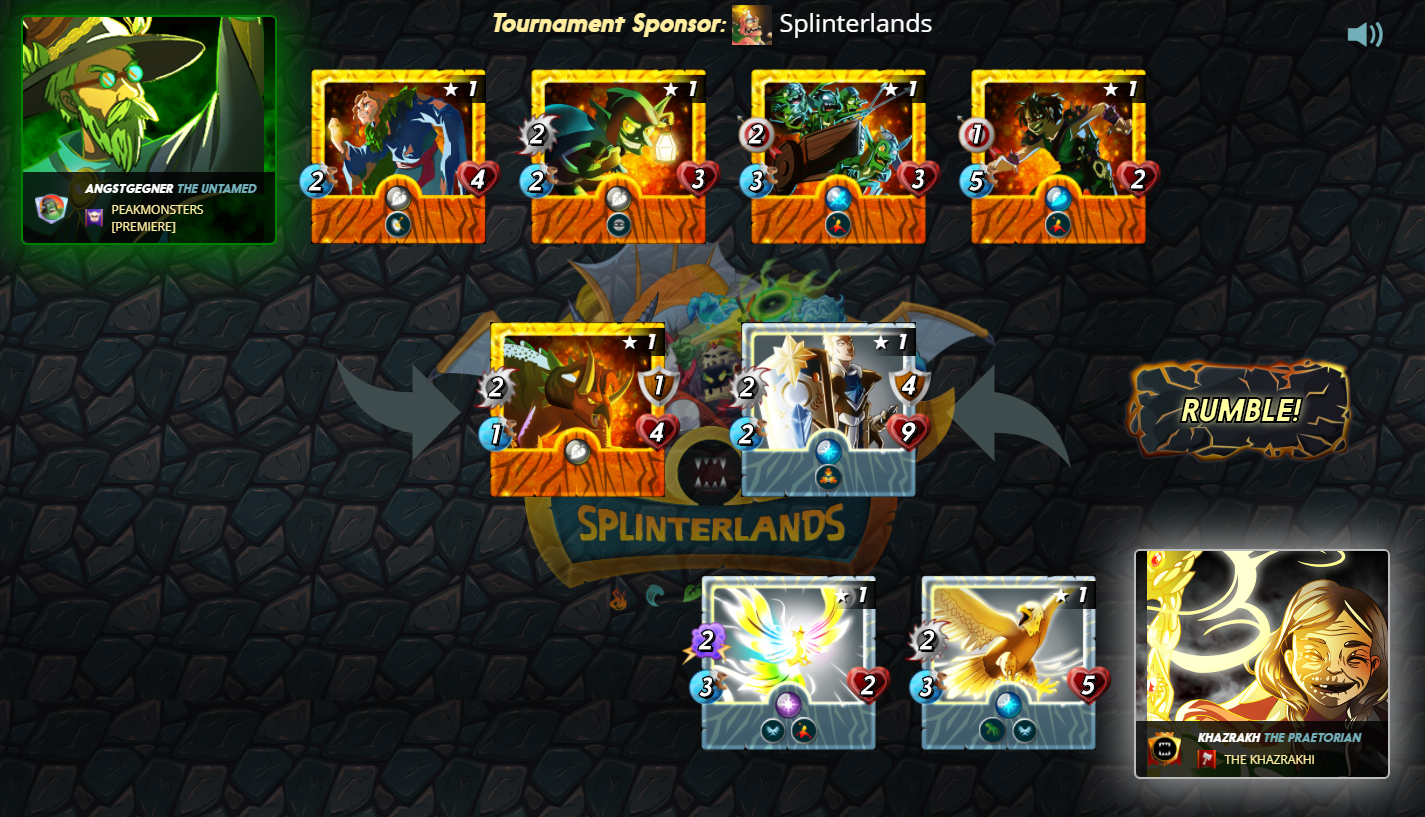 Ultimately, you won't win all the games. Sometimes you miss-calculate or your opponent is going with a line up that you did not anticipate. Still, after a while you'll be in a position where you have a reasonable shot at winning every single one of your games. A finish in the top 4 would award you 2,200 DEC or about 2$ with the current value of DEC in mind. That's about 25% of what you had to pay to get the cards in the first place.

Let's also talk ranked play for a second. Each of the 12 Epics grants you 200 collection power, so even if you don't have any other card, that would allow you to compete up to Bronze II which should be absolutely viable with these cards and some additional key commons which I would advise to buy with the first DEC you win. Early on, cards like the Goblin Mech, the Enraged Chicken and the Creeping Ooze help to boost any of your decks for cheap DEC. Afterwards, I'd pick a Splinter or too you enjoy most and start getting some additional cards for that splinter.

Wrapping things up, I really fell in love with Splinterlands these last months and chances are you might too if you give it a shot. All these cards, sometimes costing tenths or hundreds of dollars, might seem really daunting at the beginning but the cool thing is, you really don't have to worry about that at all. Sure, you'll face the occasional opponent with way better cards than what you have in ranked play, but as long as you get the Epics I've shown above and stick to Novice league in the beginning, you'll be playing on an absolute even playing field and you should be able to start winning back some of your investment pretty soon and on a regular basis.

Let me add a word of caution here - if you are new to Splinterlands, try not to do one or both of these things: Don't start spending money on Legendary or high level cards right away and don't try to make back your money at once. The first one would most likely make you waste a lot of money because you don't know what you really need to get, yet. The second one would most likely leave you frustrated pretty soon. Splinterlands isn't going anywhere any time soon so there really is no rush. If you reinvest what you win from Ranked and Tournaments your collection is going to grow and become both more valuable and powerful steadily.

Also, if you are brand new to the game and looking for some help, just leave me a comment with your account name. Chances are, I might be able to delegate you some cards for a while to help you get going in your Splinterlands journey.

That's all from me today, thank you all for reading and see you next time!