On Coinbase’s First Earnings Call, Here’s What Analysts Are Listening For Coinbase is getting ready for the spotlight.

The cryptocurrency exchange based in San Francisco (but not) is voluntarily reporting its first-quarter earnings Tuesday at 4:30 p.m. ET ahead of a much-anticipated public listing on Nasdaq slated for April 14.

In advance of the COIN ticker going live, analysts are eager to discover Coinbase’s user growth numbers over the past quarter.

“We need to know what their assumption is about monthly active users and revenue per user,” James Friedman, senior fintech research analyst at Susquehanna International Group, told CoinDesk. “The bears will argue that this is a trading company … there are only 80 million stock brokerage accounts in the U.S. and 20% of those people trade less than once a year.”

The fourth quarter of 2020 was the first time COINBASE had as many active monthly users (2.8 million) as it did in the first quarter of 2018 (2.7 million), said Friedman. As of the close of 2020, the exchange touted 43 million registered users.

Since the bulk of the company’s transactional revenue comes from retail users, the most relevant financial metric to look out for will be how many verified users have made the jump to being monthly transacting users – users that have an account versus those that are trading regularly.

Coinbase noted several times in its prospectus that the company’s growth correlated with the price of bitcoin. According to CoinDesk Research, bitcoin had a 100% return in Q1 2020 and a market capitalization that surpassed $1 trillion for the first time in its history.

“We’re hoping to get a better picture of how bitcoin’s price is correlated to user growth,” Arca research analyst Alex Woodard said.

With only 1,100 staffers at Coinbase, the firm’s margins are wide, even with Arca modeling a 50% increase in general administration/customer service costs in the first quarter.

One issue where the exchange has been tight-lipped is on future projections for the spread between institutional trading versus retail trading, Arca’s Woodard added.

Coinbase will likely address its growth in prime brokerage and other subscription services that can serve the exchange in a bear market and how it plans to grow its international customer base, which is small compared to its U.S. user count.

On the institutional side, Coinbase has confirmed that it serves MicroStrategy and One River – with others clients such as Tesla and hedge fund giant Paul Tudor Jones dribbling out in press reports.

Beyond Coinbase’s first-quarter earnings call, analysts will also struggle to determine what will drive the price of the Coinbase stock when it does list, Friedman said.

If a bitcoin ETF is not approved by the time it lists, Coinbase’s stock could be seen as a proxy bitcoin ETF – similar to MicroStrategy’s stock. Therefore, the price of COIN stock could be decoupled from the business’ fundamentals.

“If looking for synthetic exposure to bitcoin, it will probably be the purest play to do it outside of [Grayscale Bitcoin Trust],” Woodward said. “This is a much purer bet on crypto than a MicroStrategy.” 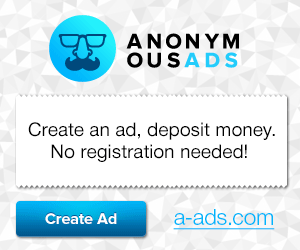